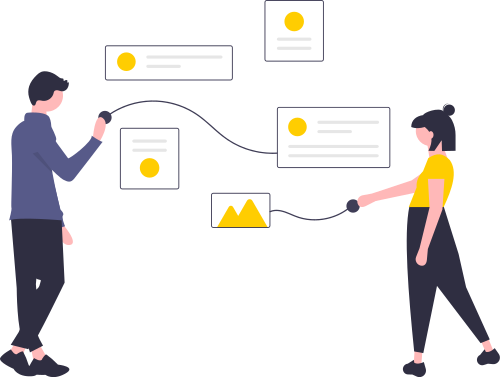 It took us ages but we collected a super full list of 2020 essay tasks for you. These are the essays that were in the real IELTS exams from January 2020. The essays are divided into the types/essay question kinds.

Attention: unfortunately, Cambridge makes up new essay tasks all the time and in the exam you won’t get exactly the same essay from our list. But you can get the same topic, for example an essay about mobile phones, art or shortage of housing. So, make sure you have some ideas and good vocabulary on the topics we have here.

1. Opinion Essay: to what extent do you agree or disagree?

To what extent do you agree or disagree?

Do you agree or disagree with this statement?

Do you agree or disagree?

Some people say that technologies such as mobile phones are disrupting social interaction.

Throughout history, male leaders have led us into violence and conflict. If a society is governed by female leaders it could be more peaceful.

Some believe technology has made our lives too complex and the solution is to lead a simpler life without technology.

Some people suggest that it is better for children to be brought up by the whole family including uncles, aunts and grandparents, rather than just the parents.

Some people think that the government should increase tax on unhealthy food to encourage people to start eating healthily.

Many people consider that film as a form of art is less important than paintings and literature.

Some students find some subjects such as Mathematics or Philosophy difficult, so these subjects should be optional instead of compulsory.

People today generally have better lives than people in the past did.

Interviews have always been the most common way to choose among job candidates. Some people now think that there are better ways of finding the right person for a job.

Nowadays, we can watch entertainment performances online and there is no need to watch them live.

People will buy a product if it is of high quality or fulfills their needs. There is no need for advertisements as it is considered as a form of entertainment.

Some experts believe that if a country is already rich, additional economic wealth cannot make its citizens happier.

Most information about culture and history can be found on the Internet, so museums are not needed anymore.

In the future it seems more difficult to live on Earth. More money should be spent on researching other planets to live, such as Mars.

Some people think that school should no longer be necessary because children can get information from the Internet.

Some people think news has no connection to people's lives, so it is a waste of time to read news in newspapers and watch it on television.

Some people believe that children have too much freedom these days.

The shortage of housing has led to several social consequences and only the government can tackle these problems.

Scientific research should be funded by governments rather than commercial organizations.

Many people believe that countries should produce food for the whole population and import as little food as possible.

It is better to go out for a live concert or a show than stay at home watching TV or using the computer.

Countries with long average working hours are economically more successful than those countries which do not work long hours.

Some people say it is a waste of time to plan for the future and it is more important to focus on the present.

In many schools and universities today, women have a tendency to study the humanities (such as the arts and languages) while men more often major in science related subjects. Some believe this tendency should be changed.

Watching a live performance such as a play, concert, or sporting event is more enjoyable than watching the same event on television.

2. Discuss both these views and give your own opinion

Discuss both these views and give your own opinion.

Some people think that history has nothing or little to tell us, but others believe that studying the past history can help us better understand the present

Some people say that art can be made by everyone, while others believe that it can only be made by those with special abilities and talents.

Some people believe that job satisfaction is more important than job security, while others think it is important to find a permanent job.

Some people think that music plays an important role in society. Others believe that it is simply a form of entertainment.

Some people believe that the government should financially support retired people, while others think that they should care for themselves.

Some people think that personal happiness is directly related to the responsibility of the individuals, while others believe that happiness depends on other factors

Some people think that the best way to stay fit is to join a gym or a health club, while others think doing everyday activities such as walking and climbing stairs is sufficient.

Some people believe that education is the key to tackling hunger worldwide while others feel that the answer is in food aid.

Some people believe that climate change could have a negative effect on business. Others think that this can create more business opportunities.

Some people think that young people should go to university to further their education while others believe that they should be encouraged to work as car mechanics or builders etc. to serve society.

Some people believe that women should be treated as equal to men when applying for a job with police or the military. Others think that women are less suitable for this kind of job.

Do you think the advantages outweigh the disadvantages?

Do the advantages of this outweigh the disadvantages?

Discuss the advantages and disadvantages.

What are the advantages and disadvantages of this?

Nowadays, people are spending more time away from their homes because they spend longer in their workplace.

The use of social media is replacing face-to-face interaction among many people in society.

Many people believe that young adults should undertake a period of unpaid work helping people in their local community.

Some people believe that economic progress is the only way to measure a country’s success, while others think that there are other factors. What are these factors? Which one is more important than others? ⠀

Nowadays online shopping is extremely popular. What is the impact of it on the environment and what is the effect on people who lost their jobs because of it?

Watching TV shows and movies about crime is becoming more and more popular. Why is this? What effect does that have on society?

Some think that ambition is a good quality. Is it important to be ambitious? Is it a positive or negative characteristic?

In some countries, celebrities earn higher salaries than senior politicians. What are the reasons for this? Is it a negative or positive development?

Today single-use products are still very common. What are the problems associated with this? What are some possible solutions?

What are the possible causes and how can this be solved? ⠀

How can this be solved?

What are some possible solutions?

People do not often interact with their neighbours and this can be harmful for building communities.
What are the possible causes and how can this be solved? ⠀

More and more people today are drinking sugar-based drinks.
What are the reasons for this? What are the solutions?

Many parents complain about violence promoted to their children through video games, TV programs and other media.
Why is it happening? How can this be solved?

Environmental problems such as pollution and climate change are increasing. The government have taken measures at global level but they got only few solutions.
Why is it so? How can this problem be solved?

Nowadays international tourism is the biggest industry worldwide. Unfortunately, sometimes it creates tension between people from different cultures instead of better understanding.
Why do you think it is happening and how can it be improved?

Plagiarism in the academic world has become a pressing problem in many countries today.
What are the causes of this problem? What are some possible solutions?

Is this a negative or positive development?

Nowadays more tasks at home and work are being performed by robots.
Is this a negative or positive development?

People are becoming too dependent on the Internet and phone.
Is it a positive or negative development?

Everything you want to know to have correct punctuation in your IELTS Writing for 7.0-9.0 Score
(31 pages, .PDF)
Learn more