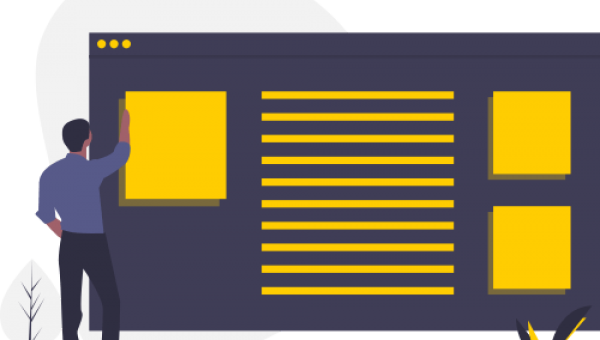 The 2nd task in IELTS General Writing is to write an essay. Here are the examples of successful responses for a high score. Pay attention to the structure of the answer and how paragraphs composition; main ideas and the examples they are supported with.

The 2nd task in IELTS General Writing is to write an essay. Here are the examples of successful responses for a high score. Pay attention to the structure of the answer and how paragraphs composition; main ideas and the examples they are supported with.

You should spend about 40 minutes on this task.

Write about the following topic:

Some people think that the teenage years are the happiest times of most people's lives. Others think that adult life brings more happiness, in spite of greater responsibilities.

Discuss both these views and give your own opinion.

In this task you should:

What's the happiest time in people's lives: youth or old age; school, career or retirement? All of these have been suggested, but teenage years and adulthood both have many supporters.

Those who believe teenagers are the happiest people cite their lack of responsibilities as a significant factor. They are supported financially and emotionally by their parents, and although they may be included in family decisions, they're not ultimately responsible. However, adolescents are on the threshold of adult life: they're old enough to get a part-time job, so they can enjoy their first taste of financial independence, and their future study and career lie ahead.

Away from these serious concerns, young people have an active social life with their friends, often simply by hanging out with them. And of course, there’s the excitement of first love and first heartbreak. With all this to experience, teenagers see their parents' lives as boring and stressful.

However, the reverse is also true. Adults see anxious, self-dramatising adolescents, and appreciate the joys of maturity. These may include a contented family life, long-lasting friendships and a career. Long-term relationships may not have the fireworks of adolescence, but are stronger for it, because of the wealth of shared experience. At work, many of us are challenged and stimulated by the increasing, professional skills we acquire, which ensures that our jobs remain interesting.

The greatest benefit, though, is that maturity gives you greater confidence in your own judgement, in all areas of life. You’re not afraid to express your opinion when others disagree and, unlike a teenager, you know when to let things go.

Both these periods can be happy times, but I look back at my own teenage years, with no desire to go back. Adult life may be less dramatic, but fireworks don’t keep you warm

In cities and towns all over the world the high volume of traffic is a problem.

What are the causes of this and what actions can be taken to solve this problem?

It is undoubtedly the case that urban areas around the world increasingly suffer from congestion. In this essay, I examine the reasons for this trend and suggest some practical policies the authorities could implement to reduce the level of traffic in our cities.

The first step is to understand why traffic has increased in towns and cities. Broadly speaking, there are three main reasons for this. One is that cars have become more affordable for the average consumer and they are no longer a luxury item, but something that most families expect to own. A second reason is that public transport has become increasingly unreliable in recent years, not least because many bus and train services have been reduced because of the difficulty in funding them. The third reason is that society has in general become more mobile and this means more people are prepared to commute to work by car than they were before.

There is almost certainly no one solution to this problem given the complexity of its causes. However, one option has to be to improve the reliability of public transport to encourage people to take the bus or the train rather than get in the car. It would also be possible to discourage people from driving to work by introducing special tariffs for using the roads, especially during peak periods. A successful example of this is the congestion charge scheme in London which has certainly reduced the level of trafficin inner-city areas.

In conclusion, there are a variety of different factors that have led to rising levels of traffic in urban areas. While it may not be possible to find a complete solution, any action should probably involve encouraging greater use of public transport and making it more expensive for the motorist to drive in urban areas.

You should spend about 40 minutes on this task.

Write about the following topic:

Some people believe that children should be allowed to stay at home and play until they are six or seven years old. Others believe that it is important for young children to go to school as soon as possible.

What do you think are the advantages of attending school from a young age?

Here we write about the benefits.

In many places today, children start primary school at around the age of six or seven. However, because it is more likely now that both parents work, there is little opportunity for children to stay in their own home up to that age. Instead, they will probably go to a nursery school when they are much younger.

While some people think this may be damaging to a child’s development, or to a child’s relationship with his or her parents, in fact there are many advantages to having school experience at a young age.

Firstly, a child will learn to interact with a lot of different people and some children learn to communicate very early because of this. They are generally more confident and independent than children who stay at home with their parents and who are not used to strangers or new situations. Such children find their first day at school at the age of six very frightening and this may have a negative effect on how they learn.

Another advantage of going to school at an early age is that children develop faster socially. They make friends and learn how to get on with other children of a similar age. This is often not possible at home because they are the only child, or because their brothers or sisters are older or younger.

So overall, I believe that, attending school from a young age is good for most children. They still spend plenty of time at home with their parents, so they can benefit from both environments.

Everything you want to know to have correct punctuation in your IELTS Writing for 7.0-9.0 Score
(31 pages, .PDF)
Learn more
Your IELTS