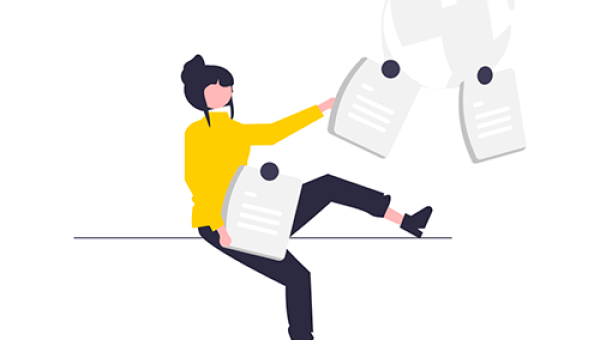 What Phrasal Verbs to use in IELTS Writing?

Here are the answers.

Most phrasal verbs are informal and we use them in informal speaking, but we do have formal phrasal verbs which we can use in formal academic writing: in IELTS graphs, formal letters and essays.

Some phrasal verbs are really super informal (close to slang):

Beaver away (to work hard for a long time)
She has been beavering away at that essay for hours.

Pig out (eat a lot of or too much food)
We pigged out on all the delicious cakes and pastries.

Jazz up (make something more interesting or attractive)
He jazzed up the food with a spicy sauce.

Man up (behave with courage or conviction)
You need to man up and go get what you want.

We do NOT use these verbs in IELTS Writing.
It’s OK to use them in SPEAKING.

Some phrasal verbs are neither formal NOR informal.

Researchers carried out a survey into …
I get up at 10 am. I set off for work at about 11.

It would be really formal and strange to say: I commence my journey to work at 11.

Phrasal Verbs You Can Use in Formal Writing

Some phrasal verbs are so formal that we ONLY use them in very formal texts.

For example,
adhere to (to continue to obey a rule or have a belief)
She adhered to her ideals throughout her life.
They failed to adhere to the terms of the agreement.

engage in (to take part in something)
The two governments have agreed to engage in a comprehensive dialogue to resolve the problem.

What phrasal verbs CAN you use in IELTS graphs, formal letters and essays?

Account for = make up = represent in IELTS graphs
Fast food accounts for the majority of my diet. (from pie charts)
Unusually cold weather accounted for the rise in fuel use. (= explained)

Bring about
The railways brought about huge change. (= caused)
Some people have strange ideas about how to bring up children.

Look into (discover facts about something)
They decided to look into the matter.

Resort to (do something unpleasant in order to solve a problem)
We must resort to legal action of they do not offer compensation.

Call for
This situation calls for calm.

Turn out
The presentation turned out well, considering how little you prepared for it.

Cater for ( to provide what is wanted or needed by someone or something)
The club caters for children between the ages of four and twelve.

Do not use these in ielts graphs, formal letters and essays
They are INFORMAL

Some people want to set up their own business.

Some people put off doing the chores.

The examination results were published in August.

Scientists have discovered that the climate is changing.

NOT ok in IELTS ESSAYS:

Most teenagers prefer to hang out with their peers.

The examination results came out in August.

Scientists have found out that the climate is changing.

Not sure? Avoid phrasal verbs in IELTS graphs and essays.

Bonus: IELTS Punctuation PDF Guide
Everything you want to know to have correct punctuation in your IELTS Writing for 7.0-9.0 Score
(31 pages, .PDF)

Everything you want to know to have correct punctuation in your IELTS Writing for 7.0-9.0 Score
(31 pages, .PDF)
Learn more
Your IELTS